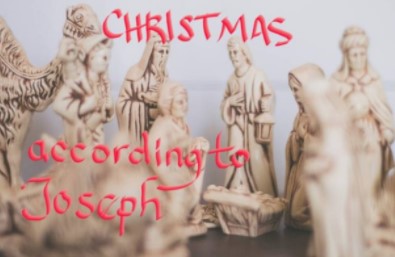 Christmas According to Joseph, #2

• see Matthew 21:28-32 Matthew 2:13-15 (ESV) Now when they had departed, behold, an angel of the Lord appeared to Joseph in a dream and said, "Rise, take the child and His mother, and flee to Egypt, and remain there until I tell you, for Herod is about to search for the child, to destroy Him." 14And he rose and took the child and His mother by night and departed to Egypt 15and remained there until the death of Herod. This was to fulfill what the Lord had spoken by the prophet, "Out of Egypt I called my son."

Matthew 2128 "What do you think? A man had two sons. And he went to the first and said, 'Son, go and work in the vineyard today.' 29And he answered, 'I will not,' but afterward he changed his mind and went. 30And he went to the other son and said the same. And he answered, 'I go, sir,' but did not go. 31Which of the two did the will of his father?" They said, "The first." Jesus said to them, "Truly, I say to you, the tax collectors and the prostitutes go into the kingdom of God before you. 32For John came to you in the way of righteousness, and you did not believe him, but the tax collectors and the prostitutes believed him. And even when you saw it, you did not afterward change your minds and believe him. 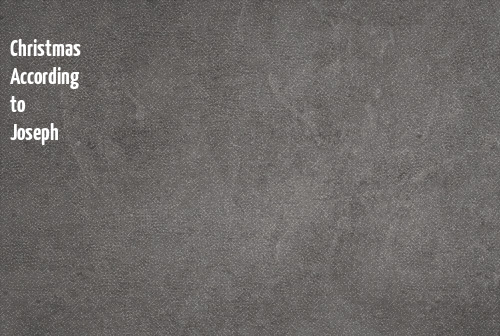 More in Christmas According to Joseph

Christmas According to Joseph, #4

Christmas According to Joseph, #3

Christmas According to Joseph, #1