Genesis is the opening book of the Pentateuch, written by Moses to tell the Israelites who had been slaves in Egypt just who this God was who had redeemed them and how it came to be that such a God, the Creator of the heavens and the earth, set his love and his promises upon them.

Intro: Levi grew up in the smelly, damp pits where mud and straw were mixed together to make bricks. You see, Levi was a slave who worked for cruel, powerful people and there wasn’t much good in his life. He was a slave just like his father and his father’s father, and his father’s father’s father all the way back for 400 years! For 400 years, the masters had power over him and his entire extended family. The masters said that their gods were more powerful than his family’s God. They said that their gods were in control and so Levi better serve them or else! But suddenly, he and his quite large family were walking away from home on a dusty, road-less path. They left the only home Levi had ever known and were on their way, he was told, to a land of goodness, a land freedom and his God was leading the way; guiding by day as a pillar of cloud and comforting them at night as a pillar of fire. This God had shown his power over Levi’s old masters in their own land by turning their god Hapi’s territory into blood and made Ra, their sun god, obey him by making it dark for three whole days! Levi’s God even defeated the entire army of his old master by swallowing them up in the sea that he himself had just walked through on dry ground. Who was this God? Was He really in control? Was He good? Was He really more powerful than the other gods Levi has been hearing about his whole life? Why had all these bad things happened in the first place if God was so good? Why was He saving Levi’s people? Levi had questions.

And God had answers. The answers didn’t just come as bare facts or a series of detailed propositions. The answers didn’t even come all at once. God gave Levi (and us) a story. Note that I said, “a story,” not “stories.” It’s easy to see this book that God gave to Levi and to us merely as a loose collection of stories. But I want to suggest that you try to see it as God intended it to be seen; as The Story (capital S), the Story of Everything, the Story of Redemption.

Let me qualify what I mean by calling the Scriptures a story. Because some may hear that and think, “Sam thinks that the Bible is just a fairy tale!” Not true. When I call God’s Word a story, I mean that it is true and trustworthy, not a myth to be disregarded. I mean that the different sections, the poetry and the prose alike, are completely historical. What I mean is that God could have communicated His truth to us in any way that he desired, but he chose the form of story because not only can stories communicate truth, they also captivate our hearts. Because God isn’t just interested in giving you knowledge, He wants to transform your heart and make it His.

So, think back to your school days and remember the elements of a story: Beginning (character intro. and setting), rising action (conflict, or problem, is introduced), climax (the exciting peak), falling action (the problem is dealt with), and conclusion (the end where everything gets wrapped up).

Today, we start at the beginning, which some of you may remember is a very good place to start. The beginning sets the direction, introduces the characters and their relationships, presents ideals, and tells how things were before the conflict. It paints a picture of how things were meant to be. Keep that in mind as we talk about this opening chapter of Genesis.

What we see here in the beginning chapter of the Story is God beginning to answer the questions on the hearts of His people and in doing so, overflowing their hearts with wonder and excitement. God begins to introduce himself, the lead character in the cosmic Story, the Hero, if you will. And what did he reveal?

Contrast Gen. 1 with all other creation storiesWilliams – “Moses’ intent is to break the back of the pagan gods and mythologies that held ancient people in [slavery].all other “gods” of the nations, the forces of nature and celestial objects, are merely created things, not deities (note that the proper name of sun and moon not even mentioned in v. 16)

- He alone is King and Sovereign

He is in power (v. 3ff.)speech brings forth lifename giving implies ownership

and He is in control (v. 2ff.)Volkswagon/Little Vader Illustration – seeking control but only having the illusion of it – not so with God!formless becomes formed, the void becomes filled and darkness is illuminated by His Spirit!)Life comes through him alone!

- He is beautiful and good

Good creation because He is Good (vv. 4,10, 12, 18, 25, 31)Beautiful in His creativity, simplicity, complexity, majesty, transcendence as One separate from and independent of His creation, immanence as One condescending to relate to His creation

God revealed Himself as the Creator and the King, the Sovereign and the Beautiful One for whom all things exist…including Man. God introduces Mankind…

Toward the rest of creation as righteous representativeToward one another(v. 27) – male/female together as Imago Dei

- As the recipient of His blessing

(v. 28a) – flourishing of life through blessing of God – blessed to be fruitful and multiply(v. 28b- “fill the earth”) – success in mission of expanding the garden to fill the earth

- As dependent upon God

(v. 29) – for life (v. 30 says all of creation dependent upon God)(2:1-3) – for rest - God’s resting on that day tells us that he was satisfied with the complete goodness of what he had made. And in order for us to find satisfaction today, we must seek our rest in Him alone.

What we see here in the beginning chapter of the Story is life as it was meant to be; God and man living in communion with one another, mankind dwelling at peace with one another as image bearers of God, and mankind ruling in goodness over the creation. In short, we see God creating a very good world. The word for “good” in this passage carries a specific meaning. Calvin suggests that is has to do with the perfection of creation, that is, all things are as they are supposed to be! What we see in Genesis 1 is a morally, physically and spiritually perfect creation.

How would the original audience have responded to this passage? It is full of wonder and beauty and goodness, yes, but I can only imagine that even as their hearts were stirred, a pang of longing must have shot through them. This good creation was not the experience of young Levi in Egypt just like this holistic goodness is not your experience now. No. That tells me the purpose of this beginning of the Story of Redemption is to awaken and instruct our hearts that we were made for something which we have lost; God himself. The picture of life in Genesis 1 is a picture of wholeness, love, true community and rest and we’ll read in a couple of weeks about how that was broken by our sin. But even if we didn’t know the how, we would experience something other than the goodness we see in the beginning of the Story, the peace our hearts yearn to experience.

Fallen humanity does not experience complete goodness in life and we need to know the problem and the solution to it. So, God gives his people this Story of Creation, Rebellion, Redemption and Restoration to give us the truth and a hope. Today, we started looking at Creation and in the coming months we’ll see the next movements; mankind’s Rebellion, the promise and fulfillment of Redemption and the assurance of full Restoration. But in this first movement of the Story we see God showing us His power and authority, his control and goodness.

Later in the Story, we see God again showing us His goodness in His Son, Jesus of Nazareth. In him, the powerful Creator of all things becomes the weak. The perfect Image of God, the radiance of the glory of God and the exact imprint of His nature, who upholds all of creation by the word of his power, takes on flesh and is broken so that forgiveness for rebels like us could be secured. What a Story! The Creator dies on the cross so that his creatures can live. A scandalous Story! And the Author of Life lives now so that those who believe in him may be restored into fellowship with the One for whom we were made. Do not doubt, but believe in Jesus and embrace this grand Story as your Story.

So, what do we go home with today?

- First, know who is God, the LORD alone.

He made all things. And life is in Him. And He is good. Why would you run after things that are not God?

- Second, submit to his good rule and control

Will you control God or thwart the plans of the one who spoke the world into existence?Consider how out of control Israel’s lot was in the Exodus/Wilderness. Will God not guide and protect those who belong to Christ?Be wary of the idol of control!We submit not to earn God’s favor, but because we already have it in Christ when we set our hope on him.

- Third, embrace the rest offered to you in Christ

You are not defined by your sin, nor are you defined by your success. Rest and receive the gift of righteousness God offers you in Christ and start living as a son, not as a slave. Then your obedience will feel light as a feather.

Closing Illustration: I love the retelling of the creation story the Jesus Storybook Bible (by Sally Lloyd-Jones). When it talks about God’s evaluation of what he had made it says, “And they were lovely because he loved them.” There is hope that what was true of us at the beginning of the Story can be true of us now. We are lovely now because Christ loved us, even when we were rebels broken by the fall. His goodness becomes our goodness as we receive and rest in Him. 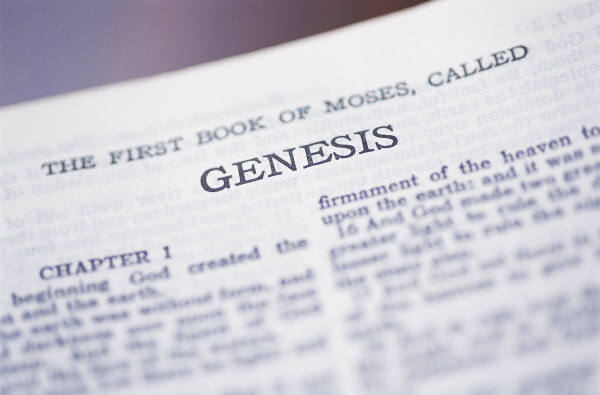